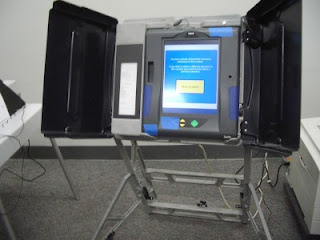 In a campaign stop through the Diebold Factory in Mapusa, India, President Barack Obama took time to speak to the machines that may very well decide the 2012 Presidential Election.

“In order of importance, my three favorite machines are you [Diebold], my teleprompter, and predator surveillance drones. My opponent underestimates your value and importance, so I urge you to make the correct choice this November.” 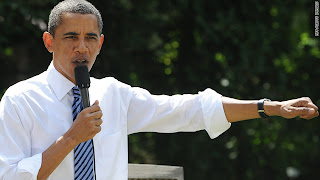 Most of the machines appeared skeptical throughout the speech – until the President began making promises of post-election favors to Diebold.
“If elected, I promise you the following:

After making these promises, most of the voting machines lit up and began flashing pre-election results ranging from “Obama 58% - Romney 42%” to “Obama 72% - Romney 18%.” Some of the machines were so excited that their systems started to crash, similar to Obama’s human supporters who faint at his campaign rallies.

Concluding his speech, the President said “You came through for my friend Rahm Emanuel in Chicago and Charles Rangel in NYC, and I have faith that you’ll rig the game for me as well. Thank you, and may Allah Bless America.”