ACLU Sues the Animal Kingdom for Discrimination against Gay Animals 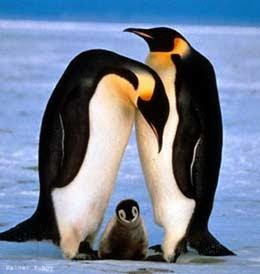 In a lawsuit which names ‘Mother Nature’ as a defendant, the American Civil Liberties Union charges that the animal kingdom is purposely discriminating against homosexuality.

“Generation after generation, the animal kingdom continually teaches its offspring that heterosexuality is the only choice...we believe that they should learn alternative lifestyles, just like children in schools today” said ACLU Chief Counsel, Hermin Werzberg.

The suit also claims ‘Nearly every species perpetuates an environment that is hostile to creatures who suffer with gender identity.”

President Barack Obama has not taken a side with the plantiffs or the animal kingdom, and instead advocated the need for ‘social acceptance’ while vacationing in the Bahamas. Talk Radio host Lush Rimbaugh denounced the lawsuit: “With this country facing a $17,000 budget deficit and unemployment at 5.3%, we should not be focused on this non-issue.”

The Center for Family Values (CFV) filed a friend of the court brief to support the defendants, with CFV President Randall Smythe saying, “If it ain’t broken don’t fix it. Why try to change the laws of nature after they’ve been set for millions of years?"

The case also has strong support in Sacramento, with state senator Mark Leno (D-San Francisco) leading the effort to also pass a bill which would require pet owners to educate their pets about alternative lifestyles. When asked why he is supporting the case, Leno replied “I once had a male hamster named Lewis, and Lewis was rejected by his female counterparts - because I know he was gay and never had any support amongst the animal community..how many other gay creatures are out there, and afraid to come out of the closet?”

The case was filed with the Federal District Court in San Francisco, with Judge Vaughn Walker presiding.