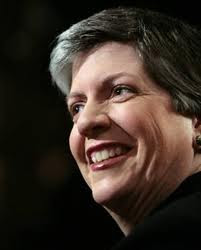 The global war on terror has taken an unexpected turn in light of security crackdowns implemented by the TSA at airports nationwide. The CIA, NSA and DHS have all confirmed the interception of intelligence reports that Al Qaeda’s next target is the National Football league (NFL).

“I have personally seen the secret messages that were leaked to our intelligence agencies, and they clearly state that Al Qaeda has stepped up its efforts to disrupt Professional Football and threaten NFL athletes” said Janet Napolitano during a press conference in Boston.

Napolitano also claims that the letters were sent by Machmud Al-Falaki, who is fifty-fifth in command to Osama Bin Laden. “We will not allow Al Qaeda the opportunity to carry out attacks against our athletes - we must stay ahead of them because this threat is very real.”

Napolitano further explained her involvement in the security process. “We have heard complaints from travelers about inhumane and degrading treatment by unqualified screeners; therefore, as the most qualified bureaucrat in Washington, I feel that it is my duty to ensure these safety procedures are followed to the letter.”

Kurt Warner of ESPN asked Napolitano why she would be assuming the role of a screener, instead of attending to her regular duties as DHS secretary. “I will do whatever it takes to keep these NFL players safe, and nothing is off the table to ensure their security” she replied.

Will Howser of FOX Sports also asked her if any specific players had been targeted. “Yes, certain athletes were mentioned by name in the emails from Al Falaki, specifically Tom Brady, Drew Brees and a few other handsome quarterbacks. Al Falaki made no mention of the offensive lineman or linebackers, so they will be exempt from my pat-downs.”

A-Rod Sobs over Fan's Refusal to give Autograph 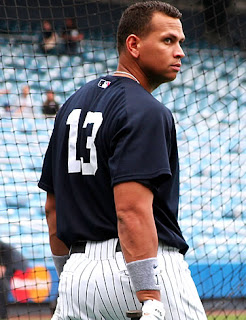 Reeling from 6-3 defeat by the Minnesota Twins on Sunday, the Yankees fared no better with their fan base following the disappointing loss.

“I was shocked, horrified and disillusioned after being treated in such a manner. I did nothing to deserve that treatment” said an angry Alex Rodriguez during the post-game show.

It all unraveled when the slugger made his way out of the dugout following the loss. As he headed for the locker room, he stopped to ask a nearby fan for his autograph.

After refusing to sign the baseball which A-Rod held out, he dropped his head, pouted and shrugged his way toward the showers.

The Yankees fan, Luke Rudkowski, spoke with ESPN’s Adam Schefter about the whole ordeal. “Look, the game was just horrible. The Yankees underperformed and we were overhyped into thinking that they could actually win this. They totally blew it and no way did A-Rod deserve my autograph.”

After sobbing through two Kleenex packets in a FOX Sports interview the following morning, A-Rod shared his version of the story. “Listen, there is only one reason why I am able to earn $33M a year, drive Porches and date Brazilian supermodels – and that reason is the New York Yankees fan.” Pausing for nearly a minute while stuttering over his words, A-Rod continued. “The fans, they’re the ones who buy our merchandise, purchase season tickets, and watch the games every stinking season - here I wanted to show my appreciation for their loyalty, and was stood up by an egotistical and arrogant fan who would not give me the time of day.”

FOX anchor Mark Grace then asked A-Rod if the rejection would keep him from trying to get autographs from other Yankees fans. “Well, hopefully not all New Yorkers are that rude, so we’ll have to wait and see next week when we face Tampa Bay. But as for Luke Rudkowski, it will be a cold day in Hades if I ever try to get an autograph from him again!”