Sen. McCain Agrees to Release His Tax Returns from 1928 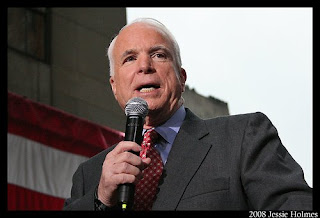 - After repeated requests from the Media and the Obama Campaign, Sen. McCain has agreed to release his tax records. In an address to the NAACP, the Arizona senator reversed his previous decision to keep all of his tax records sealed from the public view.

While speaking to the crowd in attendance, McCain explained why he changed his position. "My friends, I've always been under the impression that public officials like myself were exempt from having to release our tax records...I mean, if I cheated on my taxes one year, why would I want to make it public?"

After McCain's speech, a reporter followed the senator and asked him why he released his tax records from 1928 , and nothing else more recent. Sen. McCain replied, "Listen you sorry excuse of a journalist, be happy with what you got. You don't have a right to question me. I'm a patriot." 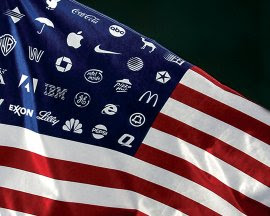 - Following the passage of the $857B Wall Street bailout bill, Congress addressed one final issue before departing for their 3-month recess: a National name change. In an address to 534 members of Congress, House Minority Leader John Boehner (R-OH) introduced H.R. 15798211.

The legislation would mandate that Congress be allowed to change the name of U.S.A. to 'U.S.S.A: The United Socialist States of America.' Rep. Boehner said that Congress should no longer masquerade the true political identity of America. "After the nationalization of education, health care, the credit markets and financial services industry, we have finally progressed into a Socialist society," Boehner said.

Following the approval of the 435-page bailout bill, congressional members began to discuss the current status America's political system, which led to Boehner's introduction of H.R. 15798211. Rep. Barney Frank (D-MA) co-sponsored the bill, and also voiced his support for the National name change. "We here in Congress are in a moment of Zen, with complete control and oversight of every action of the U.S. economy. We can search and spy without a warrant, monitor every financial transaction, control the credit market, and pass any bill we want to at any time."

The bill is expected to pass with little opposition. One such opponent is Congressman Ron Paul of Texas, who offered an alternative to the 'U.S.S.A.' name change. "We must not allow this nation to sink further into the abyss of government control, and this name change will only make matters worse for the American public." His alternative proposal: change the 50 stars on the U.S. Flag to 50 Corporate logos. "If we are going to be honest, let us show the American people who really controls the government."

President Bush is expected to sign the name-change legislation before he heads off to his Hooked on Phonics graduation ceremony.